Published on the 15th of February 2018 by Susanne Bösche 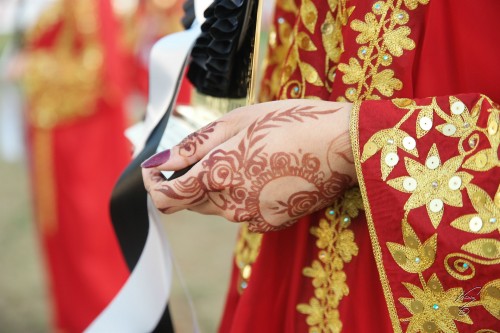 It was a perfect Valentines Day for the team of Al Zobair Stud. As the evening of approaches in the gentle light of the setting sun, a phalanx of amazingly beautiful mares took up position, waiting for the announcement of the Abu Dhabi International Senior Mare Championship winners. It was pristine Pistoria's special day, accomplishing Gold for Sheikh Abdulla Bin Mohammed Ali Al Thani, proud owner of Al Zobair Stud wisely managed by Michael van den Elsken. Again the fleabitten mare was one of the main attractions of a major event. Just like in 2015, when the Gazal Al Shaqab daughter was offered in the Pride Of Poland Sale, a worthy daughter of her dam Palmira, an accomplished show horse and incredible producer, tracing back to the valuable female line of Lady Blunt's Rodania. Bred by Michalow Stud, Poland, Pistoria, herself a successful competitor in the show ring, who won some major titles, was sold for 625.000 €, the second highest price that year. The high-seller was Pepita, by Ekstern, for 1.4 Million € then.

Silver was given to the Marwan Al Shaqab daughter Salwa Al Bidayer (x San Jose Alfonsina), bred and owned by Sheikh Mohammed Saoud Sultan Al Qassimi, Al Bidayer Stud. In this tough competition, AJ Aryana gained not only 93 points in her class (just like Pistoria in hers) but was also given Bronze. AJ Aryana sire is AJ Portofino and the dam is MC Alexis, proudly bred and owned by Ajman Stud.

The Senior Stallions saw another exciting competition with five well-filled classes. Janow Podlaski bred Pero (Poganin x Perora) was the high scorer with 93 points and won his class easily but was not taken into consideration in the championship.

It was Ajman Stud, which celebrated a double success in the Junior Filly Championship with two bay beauties. The competition was amazing if even horses like accomplished Sundos Al Bidayer weren’t considered in the championship.

Ajman Stud celebrated another Silver medal winner with the Yearling Filly Championship. This time with the AJ Marzan daughter AJ Banafsaj out of Princes of Marwan, making AJ Banafsaj a granddaughter of the great producer Amety B. For sure, this filly will have an amazing future. This time she was only bested by Dubai Arabian Horse Stud's D Shihanah, a daughter of FA El Rasheem out of D Shahla, who is linebred to Marwan Al Shaqab. Marwan Al Shaqab is also the maternal grandsire of Bronze winner Al Aryam Samha, bred and owned by Al Aryam Arabians. Her dam JJ Salina, by JJ Senor Magnum established a valuable family at this stud farm.

Congratulations to all of the competitors and a very sincere thank you to the fantastic support of the organizing team of the Emirates Arabian Horse Society, especially Mr. Essam Abdulla. Arabian Horse Global Network would like to extend our thanks for the excellent collaboration. Our heartfelt thanks also goes to photographer Jan Kan, who supported ArabianHorseResults.com with fantastic photos of the show. Figure out all results here 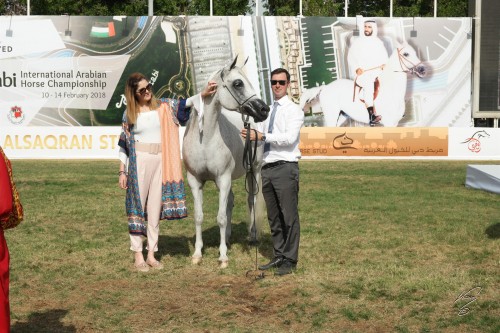 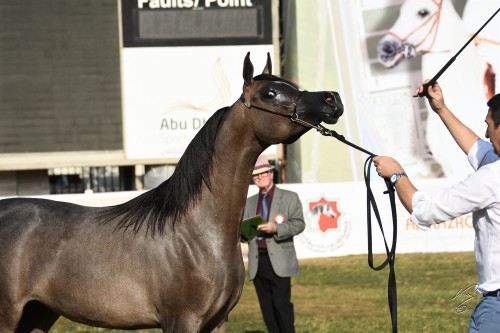 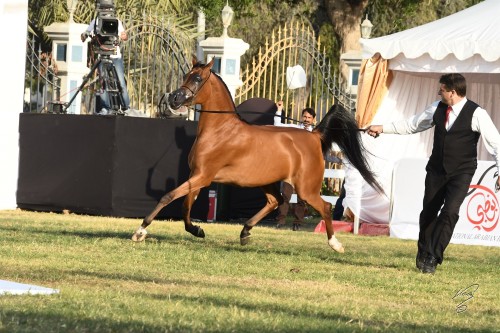