A Kind Of Magic

Published on the 7th of January 2018 by Susanne Bösche 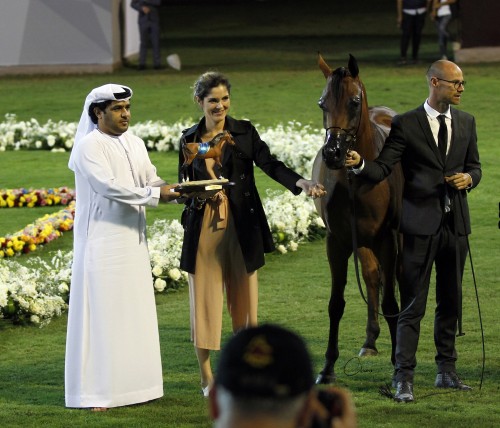 It was a kind of magic: three times Gold for Al Zobair, all three sired by their eight years old sire SMA Magic One: Junior Champion Filly Aajilah Al Zobair, Junior Champion Colt Edwan Al Zobair, and Senior Champion Stallion Barjass Al Zobair. Well, maybe it was not all magic but wise horse breeding by HE Sheikh Abdulla bin Mohammed Ali Al Thani and his exceptional team. Furthermore, although it is certainly a magical aura that surrounds SMA Magic One, his potential as a sire is no matter of coincidence being by Psytadel (Padron Psyche) out of Majidah Bint Pacha, who is linebred to outstanding producing Saskia RJ.

For four days the Ajman Arabian Horse Club opened its doors to welcome the Ajman Arabian Horse Show hosted by HH Sheikh Amaar Bin Humaid Al Nuaimi, the first exhibition of Arabian horses in the UAE in 2018; and many more exciting events throw their long shadows ahead. Thanks to the show schedule the most beautiful Arabian horses competed for the prestigious title of Ajman Champion with the night sky as the backdrop.

In the spotlight also was Unanimous Gold Champion Yearling Colt Saddad Albidayer, an upcoming star of Al Bidayer Stud, proudly owned by Sheikh Mohammed bin Saud Al Qasimi. The light grey Saddad Albidayer is by E.S. Sarab (by Marajj) out of DL Marielle (by Marwan Al Shaqab), so linebred to Marwan Al Shaqab and traces back to another outstanding producer, the mare RGA Kouress. She is also the dam of E.S. Sarab’s sire Marajj. Fakhr Al Zobair went away with Silver and the FA El Rasheem son Bezyan Al Bustan received the Bronze medal.

The Unanimous Gold Champion Yearling Filly achieved D Rannanah, by D Khattaf by Royal Colours and out of a Marwan Al Shaqab daughter. D Rannanah’s dam is Jumilla, a paternal Versace granddaughter and tracing back to famous Aliha, an English-Egyptian-cross bred by the Maxwell family. As already stated, Nahhaba Al Zobair achieved Silver Champion Yearling Filly and Bronze was given to Al Aryam Samha, by Kahil Al Shaqab.

It was an impressive show with an exciting atmosphere. Thank you to the organizing team of Emirates Arabian Horse Society, especially to Mr. Essam Abdulla and his team, for arranging everything so elegant and smooth. Arabian Horse Global Network would like to extend our thanks for the excellent collaboration. Another heartfelt thanks go to Claire Reigneaud and Albidayer Stud for making the photo coverage possible. 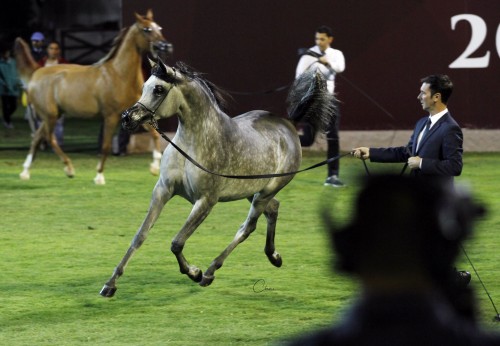 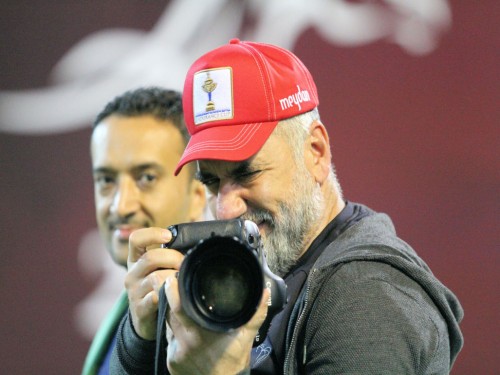 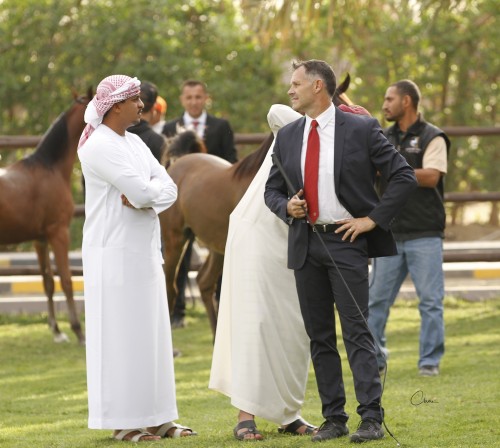