Published on the 23rd of May 2017 by Susanne Bösche 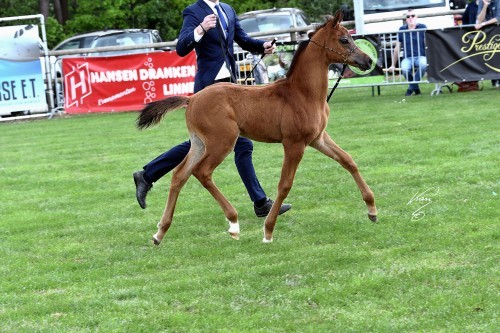 Blood will tell – and the best proof for a stallion is the quality of his offspring. The stallion Magic Magnifique, proudly owned by Sweden Arabian Stud, is the sire of twice Gold Champion Filly Foal KA Wahidah; a magic and magnificent experience for her breeder and owner Nadine Koo. KA Wahida out of Wolante by Wojslaw has not only won the championship at the national and international C-Show she also became Best Dutch Horse!

“The spirit of the Arabian Horse Weekend is different. People often say how much they like this show because of the family atmosphere,” says Annelieke Stoop from the organizing Stoop family. “We have a full VIP area with delicious food, everybody is talking and congratulating each other.” Finally the organizers were lucky with the weather. Last year the weather was a factor for the show, several classes had to be stopped because of heavy rain. This year sunshine accompanied the whole event with more than 225 horses.

Forelock’s Arabians received many sincere congratulations at the national c-show. The stud farm was establish back in 1972 by Aad Kuijf’s parents and is now run by Aad Kuijf and Wendy Jane Delvalle, who enjoyed a successful weekend in Sint-Oedenrode. The bay Forelock’s Yupiter, by Forelock’s Shaheen out of Forelock’s Yessy garnered both Colt Foal Championships, too. Forelock’s Yessy achieved Bronze Champion Senior Mares herself and she is also the dam of Forelock’s Yinx, this time by FS Reflection, who won Gold Champion Junior Filly. A very promising filly out of this strong dam line, which became so important for this stud farm. Forelock’s Yinx became second in the choice for Best In Show, bested only by A Kanz Of Kossack.

As the name suggests, the bay A Kanz Of Kossack is proudly bred and owned by The Kossack Stud, another globally renowned stud farm with a long tradition in the Netherlands. After winning Bronze Champion Yearling Colts at the Tulip Cup a few weeks earlier, A Kanz Of Kossack now went away with the Gold Champion Yearling Colts and the title Best In Show. His sire Kanz Albidayer, combining the breeding heros WH Justice and Marwan Al Shaqab, needs little introduction. A Kanz Of Kossack is out of the Aja Shakahan daughter Ariel tracing back through Malta – Malwa to Mammona.

Eromanov T is the name of the proud Gold Champion Gelding, bred by L. Schultrups and owned by Emmie Graafland. The five years old bay Eromanov T already won Bronze Champion Gelding at the Tulip Cup, Jesse Swanepol at the lead, and is exclusively bred. His sire is Marhaabah, the extraordinary son of U.S. National Champions Marwan Al Shaqab and Shalina El Jamaal. Marhaabah has achieved tremendous success in the show ring and so does his son Eromanov T. The dam of this fine gelding is none other than Rigona by Abakan. Rigona is also the dam of champion winning Karona, by Karat, and Kupona, by Kupol.

At the international show, Eromanov T became Silver Champion Gelding, bested by Postar, owned by Flaxman Arabians. Postar – who was the unanimous choice of the judges - was born in Janow Podlaski and is a son of Om El Bellissimo out of Pomerania, a granddaughter of the immortal Pilarka.

A heartfelt thanks goes to the generous sponsors, friends, owners, and trainers. “Without all these people, we can't do it,” says Annelieke Stoop. “The whole organizing team enjoyed every minute of it and had so much luck with the weather! Thank you everybody, we are already planning 2018!”

The Live stream of the show was managed by Arabian Horse Results and if you missed any of the show, you can watch it again by visiting the AHR show replay. All photos are by Jan Kan, check his coverage at: ArabianHorsePhotos.com 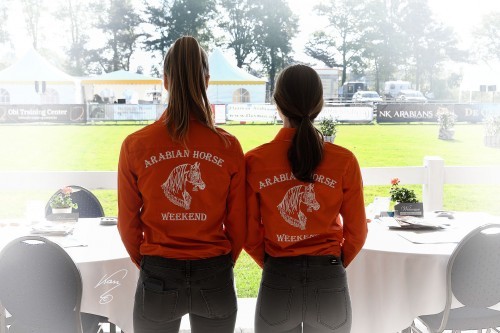 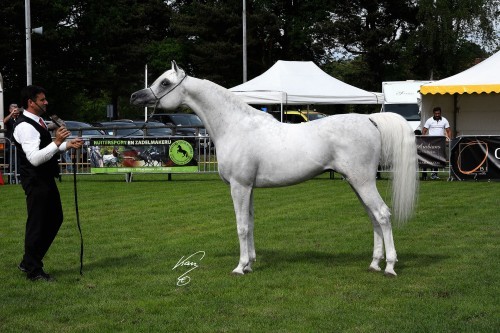