The New Girl On The Blog

Published on the 28th of May 2018 by Susanne Bösche 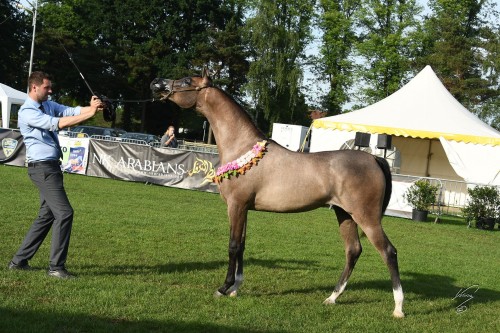 There's a girl called Denise van Gils I think you all should check out. She is a new trainer and just won Best of Show National and Gold Champion Junior Filly with Nafiesa Majiedah (Mahder Al Jamal x Kenelm Mona) plus Best Dutch Bred Horse, Gold Champion Senior Stallion National and Bronze Champion Senior Stallion International with Nafiesa Makito (MF Aryan El Thessa x Nafiesa Malaika). An amazing success not only for Denise as a trainer, her team but also for the breeder and owner of the horses – you might have a presumption already – Nafiesa Arabians.

Talking about Tom Oben of Obi Training Center: The Belgian and his team enjoyed a strong and very successful show in the picturesque town of Sint-Oedenrode. Tom Oben showed two more horses to Gold: CBA Mattheus (Fadi Al Shaqab x Maharani CF) won Gold Champion Junior Colt for Bouché Arabians, Sadan AH (Emerald J x Amriah VA) won Gold Champion Junior Filly International for Al Thumama Stud and Nassib Al Zobair (SMA Magic One x Thoraya Al Zobair) for Albadeia Stud. A non-straight Egyptian for Albadeia Stud while everybody knows the late Dr. Nasr Marei was addicted to straight Egyptians? You would be surprised! When Dr. Marei had the chance to be a co-owner it was not an opportunity that he could not let go especially when his parents are two of his all-time favourites.

It was another new girl that accomplished the honour for Best In Show International, the Excalibur EA daughter Dana J, who won Gold Champion Yearling Filly before. Dana J's dam Dalia J won the same two achievements back in 2015. Jadem Arabians is the proud breeder and owner of this exquisite filly.

This year again, the Arabian Horse Weekend was one of the premier shows in Holland. The event combined a national and international ECAHO C-Show, each champion received beautiful prizes. Wonderful paintings on wood, made by E. Stegeman, were handed over to the Best In Show winners.

Figure out all results and champions here. The full results of the International Aljassimya Amateur Challenge and international pleasure ridden classes can be found here.

The organising team around the Stoop family offered the very best of the hospitality that this part of the world is famed for; the Arabian Horse Weekend brought something very different indeed to the global Arabian community. Thank you and photographer Jan Kan for cooperating with Arabian Horse Global Network. 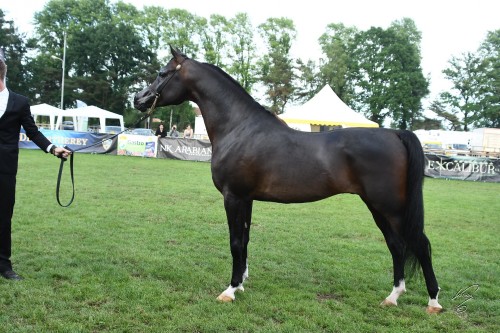 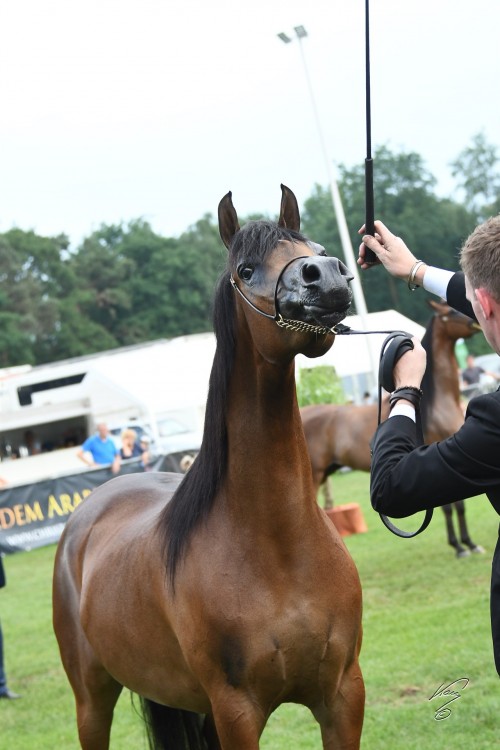