Published on the 28th of May 2018 by Susanne Bösche 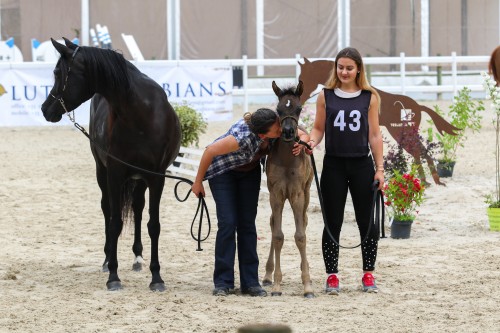 Astraea was a Greek goddess of justice and innocence. After wickedness took root in the world she left the earth and became the constellation Virgo. The Latinised form of this name means "star". Do not be afraid, this is no blog about astrology. However, the Best in Show of the Arabians Horse Festival in Alsace Grand Est bears the name of the Greek goddess: Astrea del Ninfeo – she is an authentic star. Through her dam Moddel JM, by Style SRA, Astrea del Ninfea traces back to another star of the Arabian horse scene: globally influential Rodania.

Chantal Rigat is the proud breeder of Gold Champion Senior Stallion Jahamal de Cartherey, who also accomplished the title of Best French Horse, much to the delight of his owner Jean Mantilleri and Anne Coutty. Ajman Moniscione is the sire of this Gold winner, too, the dam is Yallah Bint Mahalim out of Polish and Egyptian lines. The Royal Cavalry of Oman took another Silver with Subhi, by Ajman Moniscione, while Mas Bilal won Bronze. This chestnut stallion Mas Bilal, sired by renowned Al Adeed Al Shaqab, is out of the precious Ansata El Salaam daughter Salomeh and achieved the title Best Egyptian Horse.

The organizing team offered a riding class for mares/geldings and stallions, too. It was an attempt and it worked out quite well with several competitors. Who knows, many things grew from its small beginnings and became a success story.

The Arabians Horse Festival Alsace Grand Est was a wonderful get-together. People enjoyed themselves and the positive, friendly atmosphere. Breeders, owners, trainers and their team took pleaser from the excellent environment with permanent boxes, cool in the summer, warm in the winter.

A heartfelt thanks goes out to the hardworking show organising team for hosting this beautiful event and we are grateful for cooperating with Arabian Horse Global Network. Absolutely a show to put on the calendar for next year! 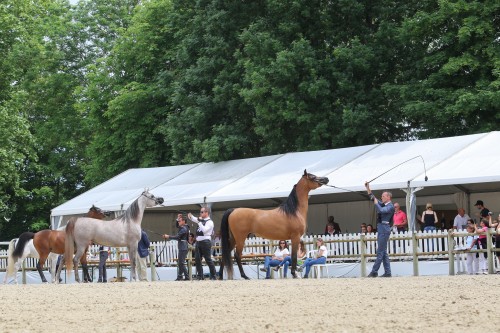