Published on the 17th of February 2017 by Susanne Bösche 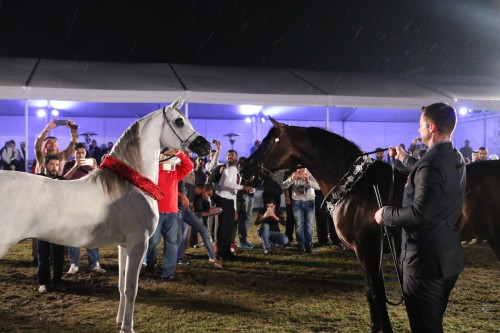 We all know the heroic stories of Bedouin warriors mounted on courageous war mares attacking enemies. This is history, of course, but for many people in the Gulf region it is a main part of their own history.

The ancestors of HH Sheikh Isa Bin Hamad Bin Salman Al-Khalifa rode horses in combat. The horses that survived these fierce battles became the foundation stock of the Royal Stud of Bahrain, established in 1783. This stud farm is a kind of ‘living’ history in Bahrain.

While the Royal Stud still overs a unique collection of 19 desert bred families in recent years private stud farms have been established, based on various bloodlines. The culturally and historically rich island Bahrain is opening up and pushing internationalisation in many areas: Formula 1 or an International Garden Show are just two examples. The same goes for the Arabian horse scene in Bahrain.

HH Sheikh Isa Bin Hamad invited the World Arabian Horse (WAHO) Conference to his country. Visitors from all over the world attended the rich program, including the 1st International Arabian Horse Show. “We welcomed horses from various Gulf countries, like Qatar, Kuwait or Saudi Arabia and, of course, Bahrain,” says show organizer Khalid Mubarak. “We enjoy a lot of improvement in the Arabian horse community in Bahrain. The number of horses and horse owners increased and we were just ready to go international. Like last week, some Bahrain owners entered the Egyptian Show in Qatar and their horses returned with good results.”

Who expected some nice sunny days in Bahrain was probably disappointed. The weather wasn’t kind as it rained a lot. However, the results made a lot of people smile.

Whether if one enjoys the timeless atmosphere of the Royal Stud of Bahrain, the modern breeding programs of private stud owners or the luxurious base of the Royal Endurance Team of Bahrain – this country is always worth a visit. 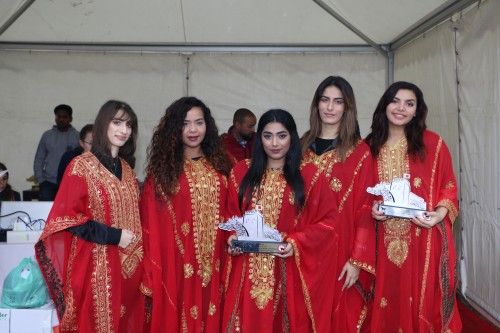 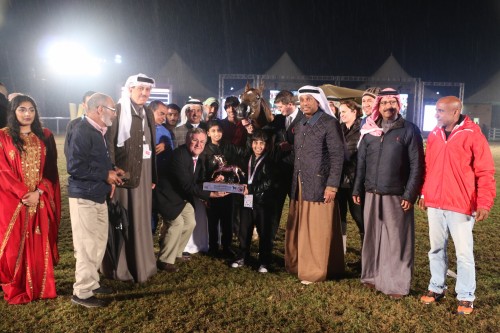