Why You Need to Travel To Bordeaux

Published on the 22nd of May 2017 by Susanne Bösche 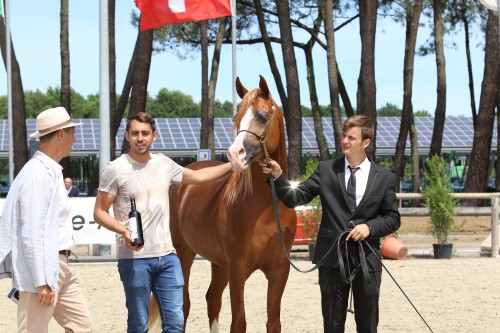 The rich history of the Bordeaux Region not only lives through the grapes, which are harvested each fall to create world-famous wine. It is also a UNESCO World Heritage Site since 2007 and Europe's largest estuary, formed by the meeting of the Garonne and Dordogne rivers. All this is already reason enough to travel to Bordeaux Region in France.

What is more important for Arabian horse lovers: The Arabian Masters, an ECAHO B-show, held early on in the season and allows visitors to enjoy the best of France in late spring. More than 30 years ago, the late Jaques Mauze founded the Arabian Masters. Nowadays the show is a part of an Agriculture Fair of Bordeaux.

"It is a huge fair, you can find many different things and a lot of international agricultural competitions, for examples a competition for sheep and cows, which has live stream, too," explains Régis Huet, part of the show organizing team of the Association du Cheval Arab de la Regione Aquitaine (CARA). "The fair welcomed the Arabian Masters since several years, which is just fine for us. The place is ready to use, the facilities are pleasant and there are a lot of visitors." Obviously, there were a lot of people, who enjoyed to stop at the horse show and watch these beautiful horses trot around. As the day went on there were more and more of spectators.

Régis Huet and is dear wife Natalie were perfect hosts and kindly welcomed everybody at the show ground. Everybody of the CARA team was full of energy, always friendly and everybody made every effort to help as quickly as possible thus creating a friendly, family-like atmosphere.

The show started unofficially with a nice welcoming dinner for handlers and judges – in separate rooms, of course. While this first gourmet-style dinner was more formal the second night the organizing team did not hesitate to offer a very laid-back kind of barbecue for the judges and officials in a cosy small bar. Everybody had the chance to taste regional specialties and enjoy talking about Arabian horses. The experienced judges team with Pilar Cavero (Spain), Josy Everars and Marie Wabbes (Belgium) and Manfred Neubacher (Austria) exchanged ideas about different topics.

Among the 50 participants were several horses from Spain as the border is just two hours away. "We also welcomed foreign owned horses trained by French trainers like Mathieu Miloux, Geoffrey Hourseau, and Scott Allman," Régis tells. "Of course, the Spanish trainers Toni Moreno and Bernat Tolrat also brought horses owned by different people. We really take care to ensure the international character of the Arabian Masters."

The lovely grey RFI Farid daughter Tania Al Raix out of Taliah Al Raix was the unanimous choice of the judges for the Gold Champion Yearlings. Tania Al Raix is bred and owned by Jean-Michael Franceries. Silver went to BT Mini Feda, by AJ Badawi with Hamasat Albidayer, by Excalibur EA winning Bronze.

Trainer and Handler Geoffrey Hourseau brought another horse for Albidayer Stud to the Arabian Masters and enjoyed a second success with the two years old Kanz Albidayer daughter Konouz Albidayer out of Elba.

Kanz Albidayer was also the sire of the silver-winning filly Aurea de Luc out of Abha Jawarah bred and owned Yeguada Garcia Ferrero. The aforementioned Tania Al Raix competed again in this championship and achieved Bronze.

The Grand Finale was The Best in Show, which was awarded to CA Leena.

Thank you to all the show participants and generous sponsors of the show for making it a special weekend of beautiful Arabian horses and congratulations to the champions! 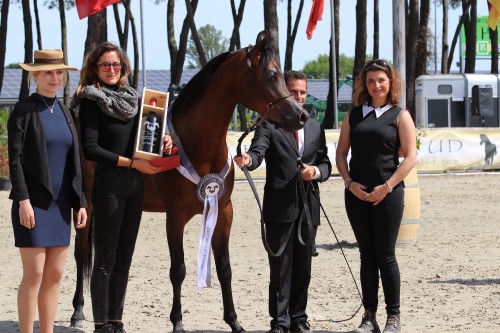 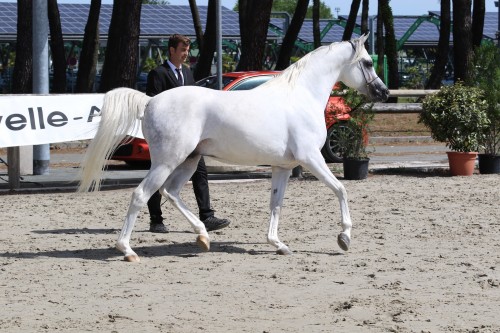 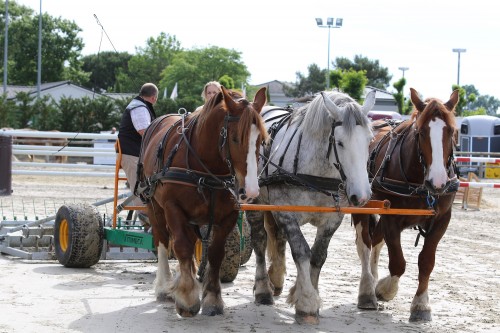