Published on the 10th of June 2018 by Susanne Bösche

Everyone at one time or another has marveled at the intense red and orange colours of a sunset. Eye-catching and colourful sunrises and sundowns can be seen anywhere in the world. The Arabian Horse Event (ECAHO B-show) in Bruges enjoyed a very special sundown. Not in red, not in orange but in metallic shimmering silver: The Unanimous Gold Champion Senior Stallion Sundown KA.

Bred by Belgian stud farm Knocke Arabians, Sundown KA is a son of renowned champion and champion siring QR Marc and out of L Serenella. His proud owners Mr. Zaid and Murad Fadi happily accepted the rosettes. Silver was given to Jeryan Aljassimya, by WH Justice, and Bronze was awarded to Safeer By Sibilla, by MG Magic Ghassan.

But it came even better for Knocke Arabians as Justify KA won the public voting for Best in Show.

Let's change to the fillies and mares. It was Athbah Stud's Parys K daughter Ra'eah Athbah, out of Hussa Athbah, who received Gold Champion Yearling Filly with Silhouette, by Titan AS, and Saherha Al Shahania, by SMA Magic One, winning Silver and Bronze respectively.

Al Thumama Stud celebrated the success of their Emerald J daughter Sadan AH, out of Amira VO, bred by Bsoul Said Anwar. Silver was given to the Sharahm daughter GT Shaharaah and Bronze was awarded to Fadwa AA, by Fadi Al Shaqab.

The Senior Mare championship saw an All American girl winning: The lovely Ever After NA daughter Aurora HM (out of Heaven Cent CCR), bred by Mazziah LLC and owned by Mohammed Al Sowaidi, Qatar. Psyrella, by Shahrahm, and Johara Morab, by Cullinan El Lethyf, won Silver and Bronze.

What to do after the show? Well, Bruges is known as the Venice of the North. It is one of the most beautiful cities in Europe and on the UNESCO World Heritage list. Walking along the maze of winding cobbled alleys and romantic canals, you imagine yourself to be in medieval times. The wealth of museums is a striking image of this city's stirring history.

So there are a lot of arguments to return to Bruges in 2019. Meanwhile, our warmest "thank you" goes to the organizing team around Jurgen Lievrouw and Tim Dejonghe for a great time at their 2018 event. Their hospitality was much appreciated by everyone present. We congratulate all of the champions (see all results here)! We also say thank you to all of the show sponsors for their much-appreciated support of this show and to never resting photographer Jan Kan. Enjoy more of Jans' photos here and figure out all results here. 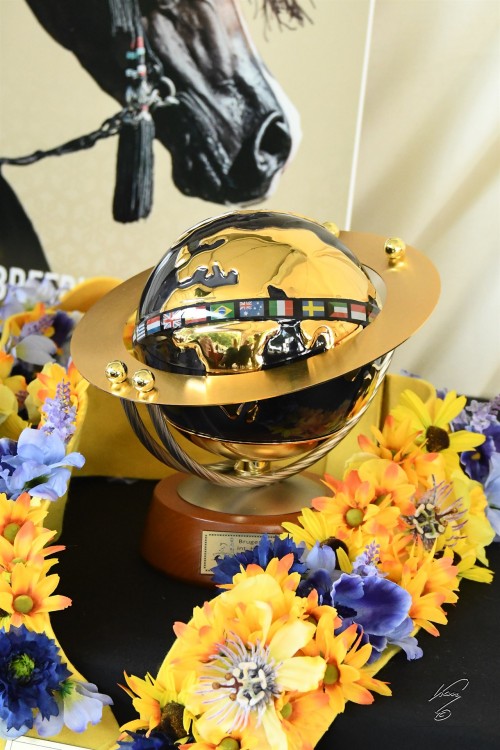