Published on the 20th of November 2017 by Susanne Bösche 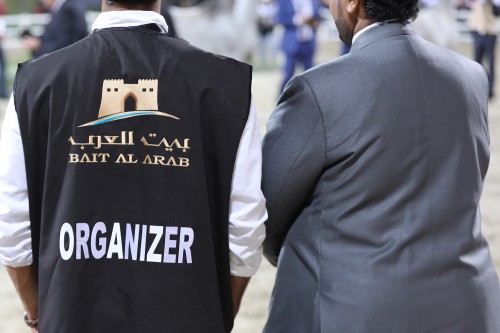 A stallion entered the ring, his neck arched and his ears pricked, a bay coat that sparkled against the sun. Asayel Raheeb was just ready to wow the judges, without question. The four years old stallion not only achieved the highest score of the senior stallions but was also the unanimous choice of the judges for Egyptian Event Kuwait Gold Champion Senior Stallion, much to the delight of his proud owner Mohammed B. Khuraibet.

Kuwait gained a special reputation as Straight Egyptian Arabian stronghold. No wonder, an Egyptian Event was established and was held for the third time in 2017, organized by Abdullah Albraihi and his team of Bait Al Arab, Kuwait’s state stud. The country has been fortunate to stand some top stallions over the past decades but any has ever left greater memories than Ansata Hejazi, who sired brilliant and beautiful sons and daughters likewise. Ansata Hejazi’s influence can still be felt in Kuwait. Silver and Bronze winners M Anan and Gazwan Al Rayah are grandsons of the unforgettable Ansata Hejazi.

It was all change, too, in the championships and SH Fares was the lucky winner. Sired by Basil Al Farida, SH Fares was second in the yearling colts section b, bested only by Soor Al Ward. In the championships, SH Fares was able to show himself at his best and was awarded the Gold Champion Yearling Colt. What a wonderful moment for his proud breeder and owner Rashed Ahmad Al Shaya. The Dahees Al Rayyan son Soor Al Ward was awarded Silver with Dahey Najd garnering Bronze.

The Gazal Al Rayah daughter SH Ibtihal, bred and owned by Rashed Ahmad Al Shaya, won his class with fantastic 91,43 points, the high score of all fillies. The two years old SH Ibtihal combines the influence s of Ansata Hejazi with Al Adeed Al Shaqab and Alidaar and traces back through Madinah to Moniet El Nefous. However, in the championships Nijmat Asslan, winner of the three years old fillies, finally beat her. The Gold winning Ansata Almurtajiz daughter Nijmat Asslan is bred and owned by Ehssan Asslan and represents the Bint El Bahreyn family through Naeema – Tifla. Silver was garnered by Zahwah Al Qadisiya, by Mabrook Al Mohammadia, and SH Ibtihal received Bronze.

The Gold Champion Senior Mare and the high score of all mares and fillies was Anqaa Aljazira, bred by Talal Al Mehri and proudly owned by Barrak Yaqoub Al Hajeri. Anqaa Aljazira is by Ezz AlJazira, who combines the blood of Ansata Bint Bukra with Hanan. On the female side of the pedigree, Ansata Bint Bukra can also be found through Ansata Selman and Ansata Halim Shah. But Anqaa Aljazira is out of Mai Aljazira, herself a daughter of El Thay Mameluk (by Ibn Nazeema out of El Thay Mansoura). This magnificent chestnut stallion was brought in advanced age as a kind of outcross to Kuwait – and Anqaa Aljazira is a wonderful example how well that worked out. The Ezz Ezzain daughter Al Kahara Asayel accomplished Silver and Prevues Rose RCA, a Thee Desperado daughter, garnered Bronze.

We wish to thank the state stud Bait Al Arab for hosting the 2017 Egyptian Event Kuwait and for partnering with Arabian Horse Results. 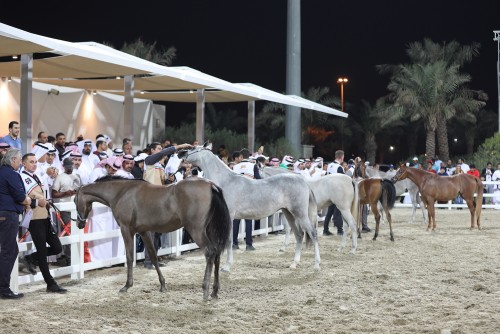