Published on the 9th of May 2018 by Susanne Bösche 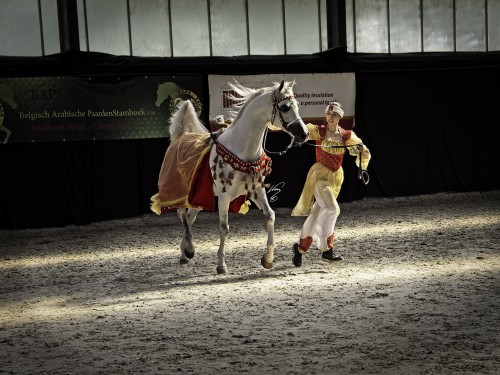 Let's be honest, the European show scene suffers from a lack of participants. Therefore, it is great to see the positive vibes at the European Amateur Cup, a two-days-event in St. Lenaarts near Brecht in Belgium. It is a special and one of a kind event in Europe, the very first one for Amateur handlers and it is offering a huge range of classes, not only halter but also liberty, pleasure (classic, hunter and western) and trail (in hand and ridden). This year saw lot tears of joy! Caused by grand success and caused by the highlight of the show – the Disney Class.

For sure, many readers of this blog remember Disney's "101 Dalmatians". Well, at the European Amateur Cup spectators could see a completely new interpretation of the theme with a magnificent looking Helen Hennekens-Van Nes as Cruella de Vil and one of the "101 Dalmatians". A quite long-legged Dalmatian which looked surprisingly similar to the Arabian gelding FA Emerald (by Kar Tiburon). The judge's panel (Antonia Bautista, Emma Maxwell and Michaela Weidner) honoured this team with 277,33 points. In the end, they became third in this fantastic class.

Lisa Marie Heckenbücker came as "Aladin" accompanied by her lovely gelding Postar, by Om El Bellissimo. They received 280,33 points, which resulted in a marginal victory – by one point difference only. The second place saw a fantastically trotting mermaid "Arielle" aka Lore Beckers with E.S.Raisin as the crab "Sebastian".

Lore Beckers celebrated a grand success at the European Amateur Cup. She showed the pretty E.S. Raisin, by MM Sultan, to the first place in Senior Mares Amateur and the gelding VDB Faraj, by Massai Ibn Marenga, to a first place in Geldings Amateur. This was not the end of it, as VDB Faraj received the second highest score of the whole show and achieved Silver Champion Best In Show Amateur. Gold was given to Dorien Bols with the Excalibur EA daughter Marbella J while Alizée Fontenau received Bronze with Zloty Pan, by Pogrom.

The Amateur Cup also saw some fine junior handlers. The winner was Nakuna Kossack, by Kunar T, nicely handled by Kaylee Roele followed by Bram Spaansen and Layla, by Lobeke, and Nienke Dams with JB Psynderella, by CE Magnum, on a shared second place.

Andrea Zauner, one of the sport judges and judging at the Amateur Cup since 2015 sees a positive evolution: “I was really impressed by how much the riders and their horses had come during the last years. A lot of progress could be seen in Trail, Trail in-hand as well as in the Pleasure classes. I'd like to thank all of you for putting so much effort in the training of you and your horses. Please, keep on working! You see, it's worth it!”

The first original stand alone Amateur Cup was organised with the current people still aboard, in 2014, and the development of the event can be seen as remarkable. As one of very, very few shows in Europe it is still growing every year to one of the biggest Arabian horse show events in Belgium and maybe in Europe. People value the Amateur Cup because of its friendly, familiar, and especially horse friendly atmosphere – proven by truly positive emotions, smiling faces and many tears from utmost happiness.

The Amateur Cup also shows the versatility of the breed. Thanks to the various classes offered, people and their horses could participate in six different sport classes, amateur in hand classes, liberty, fun class and junior handlers. In this way, a theoretical maximum of ten different things to do with your Arabian horse.

The show not only sees participants from Belgium, the Netherlands, and Germany. Some participants even came from France or the UK – with their horses - especially for the Amateur Cup. This year saw a premiere: two handlers came over from Spain showing horses from their friends. “I am proud to say, people just want to be a part of the Amateur Cup”, says Rob Rens from the organizing team EACSO. A team, that don’t gather for attention though Stijn Schyvens, Ilse Verbruggen, Rob Rens, and a large number of volunteers really deserve to be praised highly for their passion and patience in all those years, organizing this event.

Year after year, the EACSO team prove that they use all the sponsor’s money as much as possible in benefit of the amateurs. “We offer very nice trophies for the first three places, special, wonderful Best-in-Show-trophies, and nice stuff for the juniors. Of course, the ‘fun’ classes deserve their own trophies”, Rob explains. Another advantage of the Amateur Cup are the cheap inscriptions, the stables include free straw and hay, at cost, very family friendly prices on drinks and food. “We even used part of the Al Thumama sponsoring to give a cashback to the inscriptions. We think, a very low financial threshold will make this show as accessible as possible for anyone who wants to join in.”

The last decision of the show was made in the Best in Show Championship for Experienced Amateurs. Unanimous Gold Champion was achieved by Lisa-Marie Heckenbücker and her gelding Postar with Priscilla De La Ruelle and Etoryk, by Om El Shahmaan, winning Silver.

The European Amateur Cup is not a show where only the medallists are happy. Owner and rider/handler Heleen Ceuppens celebrated the places of her horse N.H. Fahd Arcu, by Nibakan El Jerez, in various classes in the novice section: Trail in Hand and Ridden, Hunter Pleasure and Classic Pleasure. That's how a show experience should be – always positive!

Judge Emma Maxwell was very impressed by the 2018 European Amateur Cup. "There were some beautifully shown horses, some were extravagant and some were dignified, and yes, some gave their handlers some trouble but none left me with the nasty taste in the mouth that I sometimes get from watching a major championship or the collecting ring beforehand", Emma comments her impressions and continuous: "I enjoyed this horse show! Some real old fashioned movement ... and yes, that is definitely a compliment."

About the new scoring system, Emma makes a clear statement: "It was interesting to use the new scoring system, it gives freedom from old habits and the new categories reward an Arabian that the spectator can appreciate as much as the judge. Confident horses with a good listening mind end higher up the placings when you add in a presentation and harmony score. For me it is clear that this judging system would go a long way to combatting the embarrassingly negative perspective we give outsiders of show Arabians in our current systems; not to mention bring relief to the old timers who can no longer bring themselves to watch. It is a signpost to a possible future where the Arabian show horse can regain respect. Please don't ignore it and carry on blundering down the current downwards trajectory."

Judge Antonia Bautista totally agrees: “I enjoyed it as much as Emma did. Such an amazing job is done by the Amateur group; it awakened in me some feelings that I didn’t have on the showground in a long time! Bravo for all of them!”

This show has grown in popularity over the years and for everybody involved in the organizing it is just wonderful to see that all the effort is paying off and that so many people enjoy their Arabian horses. Thank you to the organizing team around Rob Rens of E.A.C.S.O. for arranging everything so elegant and smooth and the generous sponsorship all sponsors - especially Aljassimya Farm - who make such a show possible. Arabian Horse Global Network would like to extend our thanks for the excellent collaboration. Another heartfelt thank goes to never-resting photographer Jan Kan, enjoy his photos here 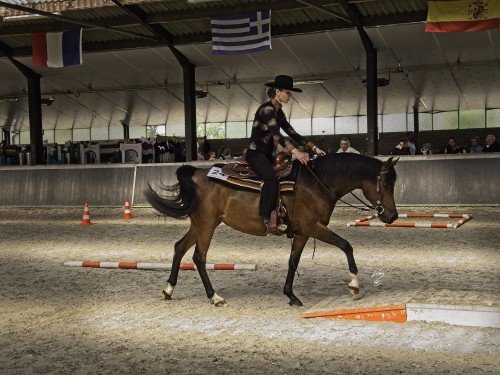 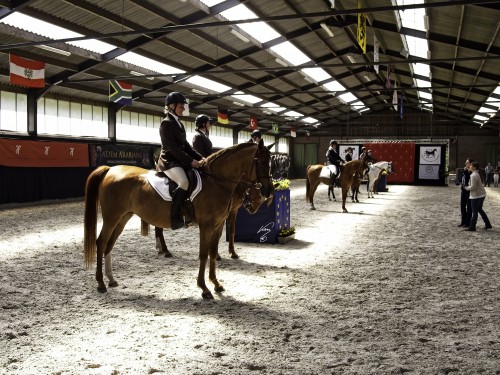