Published on the 6th of May 2018 by Susanne Bösche

Famous for its lush green landscape, the Galilee is Israel's great beyond. In addition, the unique combination of fascinating history, breath-taking scenery and – usually - sunny weather make the Galilee Show the perfect opportunity to present the magnificent Arabian horse to an experienced panel of judges. Especially since the new showground was established and an upgrade was made for the facilities.

Excellence AF – the name says it all. This promising colt garnered Gold Champion Yearling Colt and represents the youngest generation of the WH Justice' champion makers dynasty. Excellence AF is a son of 2014 European Triple Crown winner Excalibur EA and therefore a great-grandson of WH Justice. The dam Emelia (Ajman Moniscione x Emarilla) traces back to the famous Emigrantka – Emigracja dam line. Afifi Arabians are the proud breeder and owner of Excellence AF. Silver was given to Ajid, by AA Aluf, with Quamar Elain By Bri, by Emerald J, winning Bronze.

Let's catch up with the senior champions. The Straight Egyptian bred Dibaj accomplished Gold Champion Senior Mare. Bred and owned by Ketane Mamon, Dibaj is by Shabab Jamal (Thee Desperado x Alijamila), linebred to the great Ruminaja Ali. The dam Nilus is by PH Sham out of Setala from the Om Dalal family. Silver and Bronze were given to two lovely Stival daughters: Raya ST and R Dancing Star.

The last decision of a show is usually the one for the senior stallion championship and in this case, it was – again – unanimous. Rozin Kadan is the proud owner of S.A. Al Zahir who was bred by Shaul Ariel. Sired by the late Nader Al Jamal and out of Al Duqa AA, by Al Maraam, S.A. Al Zahir is mostly Egyptian-bred. His granddam Dumka (by Laheeb) is out of the precious Dabrowa by Probat, representing valuable Polish bloodlines. The Solaz J son Ammer JFD received the Silver championship and Mastro Al Jamal, by Selket Marque, received Bronze honours.

Not only for Israelis but for all Arabian horse lovers: This show should be itinerary for travel as it is a wonderful opportunity to meet passionate, friendly Arabian horse breeders, superb horses in a historic part of the country. Congratulations to all of the competitors and a very sincere thank you to the fantastic support of the Israel Arab Horse Society, represented by Muhannad Darawsha and his great organizing team. Arabian Horse Global Network would like to extend our thanks for the excellent collaboration. 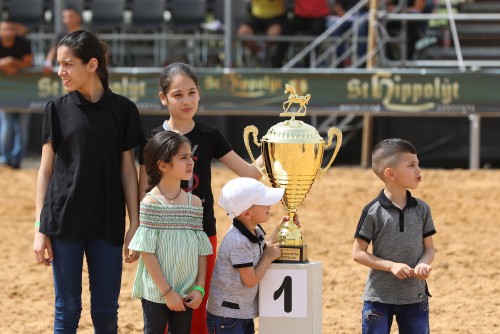 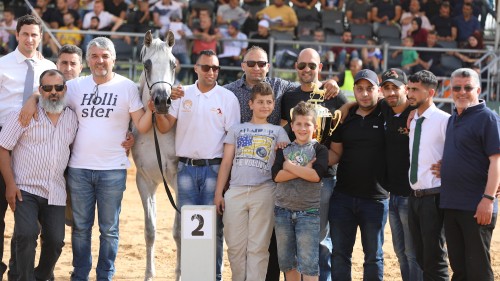