Published on the 27th of June 2017 by Susanne Bösche 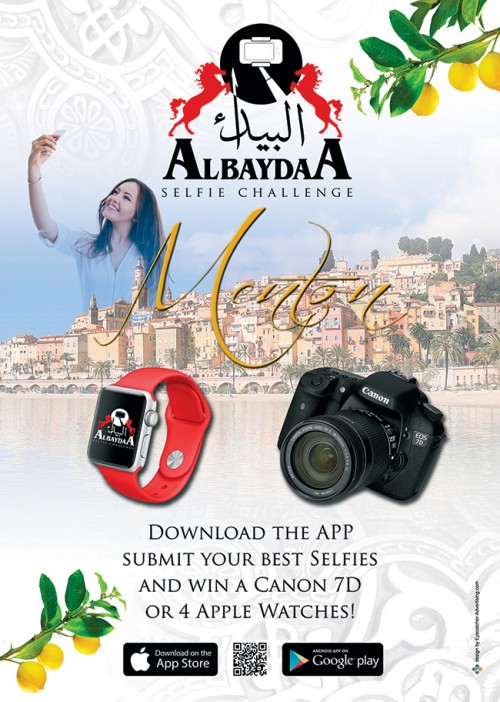 The selfie is everywhere, even in the summer sun of Menton. And why not? Something as simple as putting a camera on the front of a mobile device has created a cultural trend that looks set to last. The selfie has become a huge part of modern life, has grown in cultural importance and finally solidified its position when it became an official word in the dictionary back in 2014.

People pose for a selfie, capturing the excitement of a special moment. They take selfies nearly every day. Why not win something for all that time!

Enjoy the summer feeling and thrilling Mediterranean and Arab Countries Arabian Horse Championship in Menton – and share your greatest moments with us. Join the exciting challenge in Menton.

Take selfies of you and your friends in Menton with the event-specific theme layer.

Submit your best shots to win a Canon 7D or an Apple iWatch. Explore also the selfies from other participants.

The app is created by Arabian Horse Global Network and will be launched in Menton. The contest - sponsored by Al Baydaa Farm – will start on 30.June 2017.

From all photos Al Baydaa Farm will select around 20 photos, which will be published and people can vote for the next five days for their favourite shot. The photo with the most votes will win a precious Canon D7 while place 2 to 5 will win an Apple iWatch. The happy winners will be announced by 8.July.

We love the connection to our community of Arabian horse enthusiasts and can’t wait to share your excitement with the world.

What are you waiting for? Spread the word! The Al Baydaa Selfie Challenge is underway!