Everything Has Its Time

Published on the 30th of August 2017 by Susanne Bösche 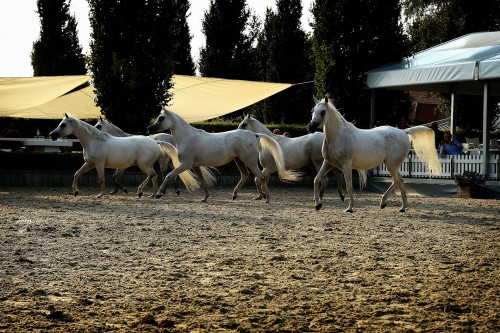 The old-testament Bible quote “omnia tempus habent” – everything has its time – is still true. The inaugural Noble Straight Egyptian Breeders Festival met many people’s desire for a special kind of presentation for their horses, perfectly in step with the former Egyptian Event’s in Germany in the 1980’s.

Following the Cambridge dictionary the adjective “noble” means causing admiration because of a particular appearance or quality. Without question, Mahmoud Alanzarouti, host of the Noble Straight Egyptian Breeders Festival, was not only committed to this goal but hold true to it until the last of the 150 international guests left the festival site at Sham Stables in Lochem, Netherlands.

The Noble Straight Egyptian Breeders Festival conjures up memories of the praised competition-free European Egyptian Events of the 1980s in Wiesbaden. “Some breeders do not generally attend shows on the regular with their horses,” Mahmoud Alanzarouti explains. “Yet they would still like to have the opportunity to present them to the public. Our festival created this opportunity. This event was not about prizes or judging, but we provided new ideas, new force and new dimensions. When renowned breeder Cornelia Tauschke first told me about an alternative event for Straight Egyptian Arabians I have been in love with this idea.”

The idea is not unique or new though several attempts failed in the past. With Mahmoud Alanzarouti and an experienced team it seemed possible to realize a “different kind” of event. Nevertheless the idea of the Noble Straight Egyptian Breeders Festival did not found a broad approval in the beginning. However, a board of well-known breeders actively engaged with the vision and strategy was found in Hans Nagel, Cornelia Tauschke, Mahmoud Anzarouti, Michael Ponnath, Achim Dirnhofer, Francesco Santoro, and Pierre Groenen.

Do good and good will come your way and so everything worked out just fine. In the end, more breeders wanted to present their horses than it was possible. “Unfortunately, we were forced to turn some interested parties away,” says Peter Hegemann, who worked behind the scenes to ensure the smooth running. “With around 70 horses from 14 different stud farms we reached our limit for the premiere.”

The past years saw varied events for Straight Egyptian Arabians that touched enthusiasts, owners, and breeders around the globe. “Arabian horse shows can be a great signpost but we understood that it was time to travel back to where the love for this breed began,” says Mahmoud. “These magnificent creatures can be enjoyed, discussed, and fondled with great passion since centuries. The Noble Straight Egyptian Breeders Festival celebrated this exquisite breed, just to enjoy the horses and share the own passion with others – without judging.”

Expertly moderated by Klaus Beste international guests from Europe, the Middle East, the USA and Australia enjoyed a relaxed day with noble horses show in an exclusive setting.

Mahmoud Alanzarouti’s hope for this inaugural event was: “Come and enjoy the moment, enjoy the horses, and enjoy each other!” He and his team succeed following the following the grateful and enthusiastic comments in the visitors book! It was just the time for …

We want to say thank you to Mahmoud Alanzarouti for the cooperation with Arabian Horse Global Network and photographer Jan Kan. 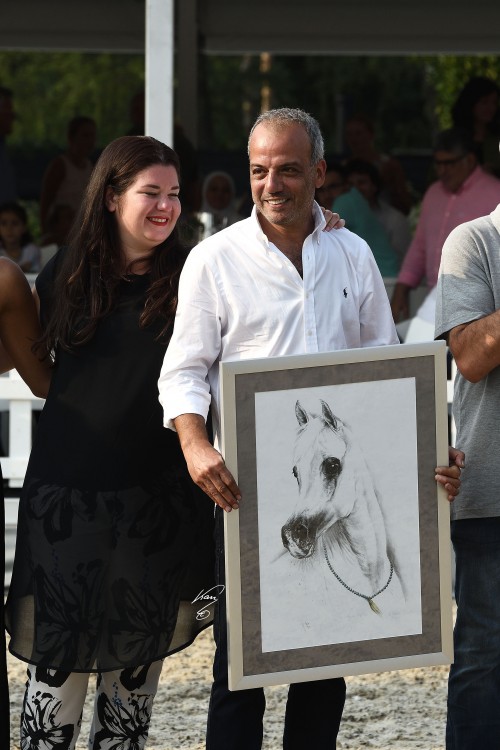 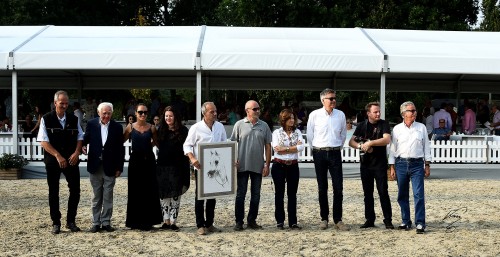