Published on the 4th of July 2016 by Riyan Rivero

Facebook and other social media platforms have become an integral part of our daily life. Many of us find ourselves looking online multiple times a day to get caught up on all that is happening in this great big small world. The Arabian Horse Times has a facebook following that is second to non in the Arabian horse community. Over 1.2 million people like the AHT page and are 100% organic, in other words, AHT has never paid a dime to facebook to acquire these followers. Impressive to say the least!

In a whim of curiosity today, I was inspired to look at the insights (statistics) on the AHT page. I had an idea of what the most popular posts were, but I was surprised to learn the magnitude of their reach. To follow are the Top 5 most popular posts in June 2016 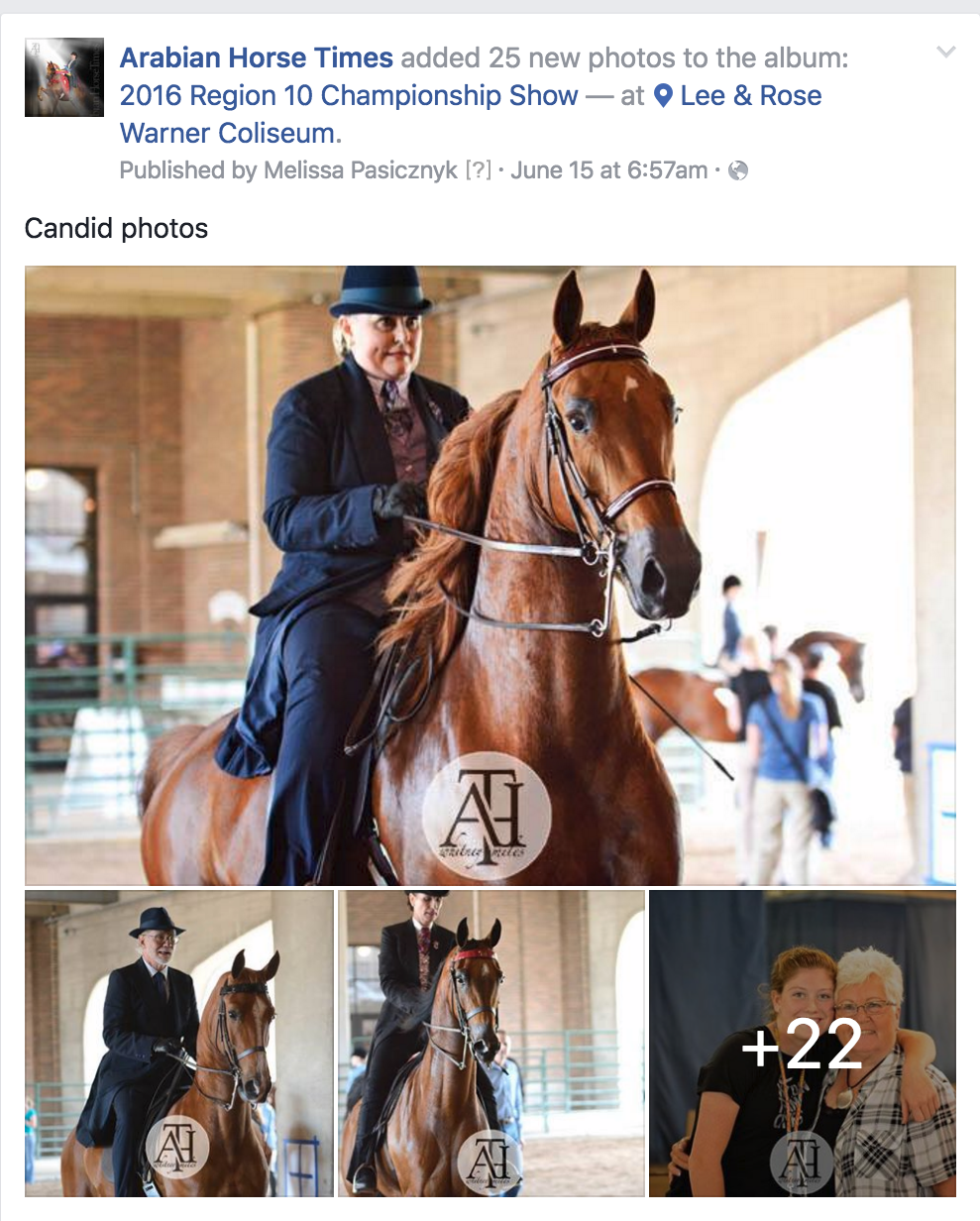 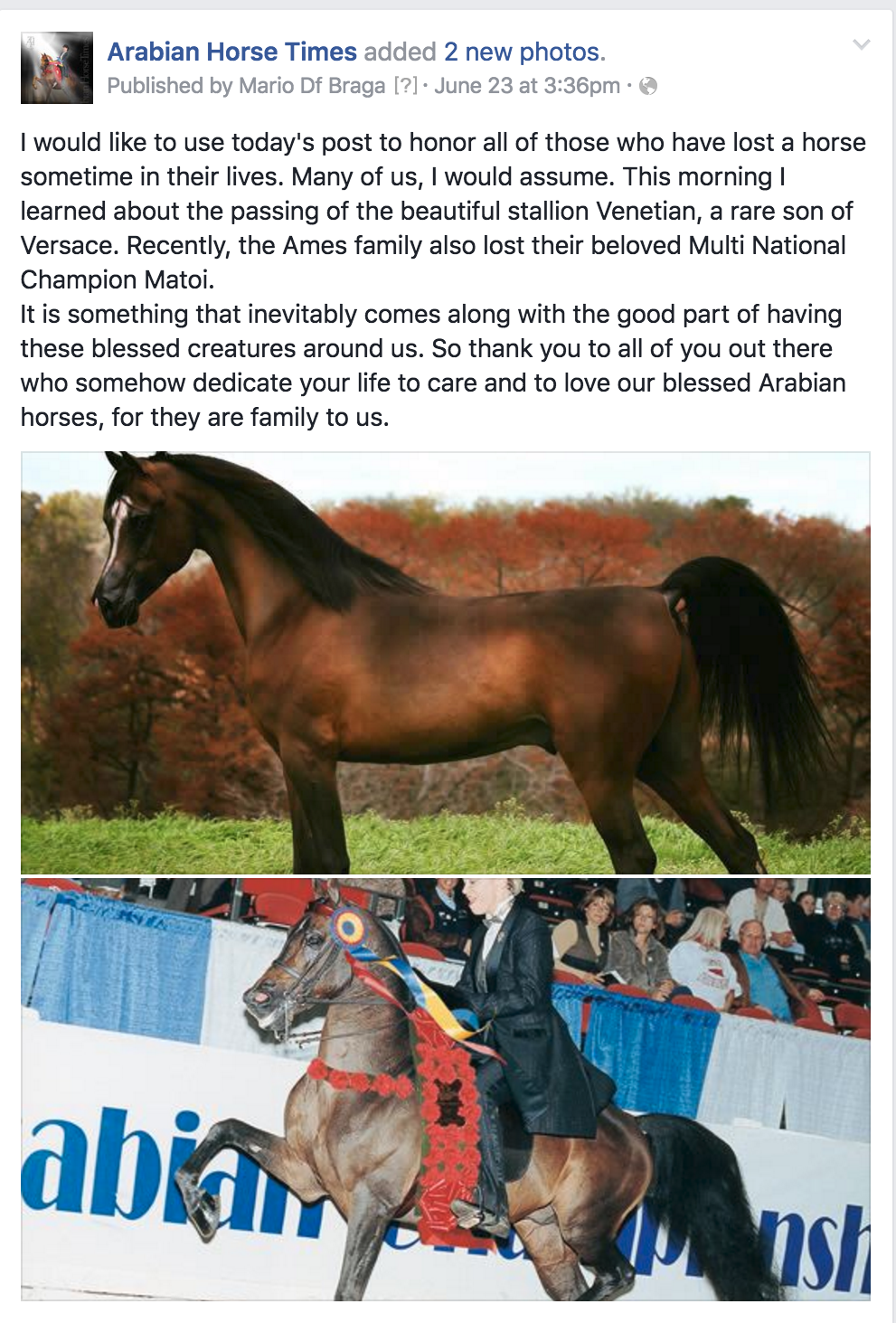 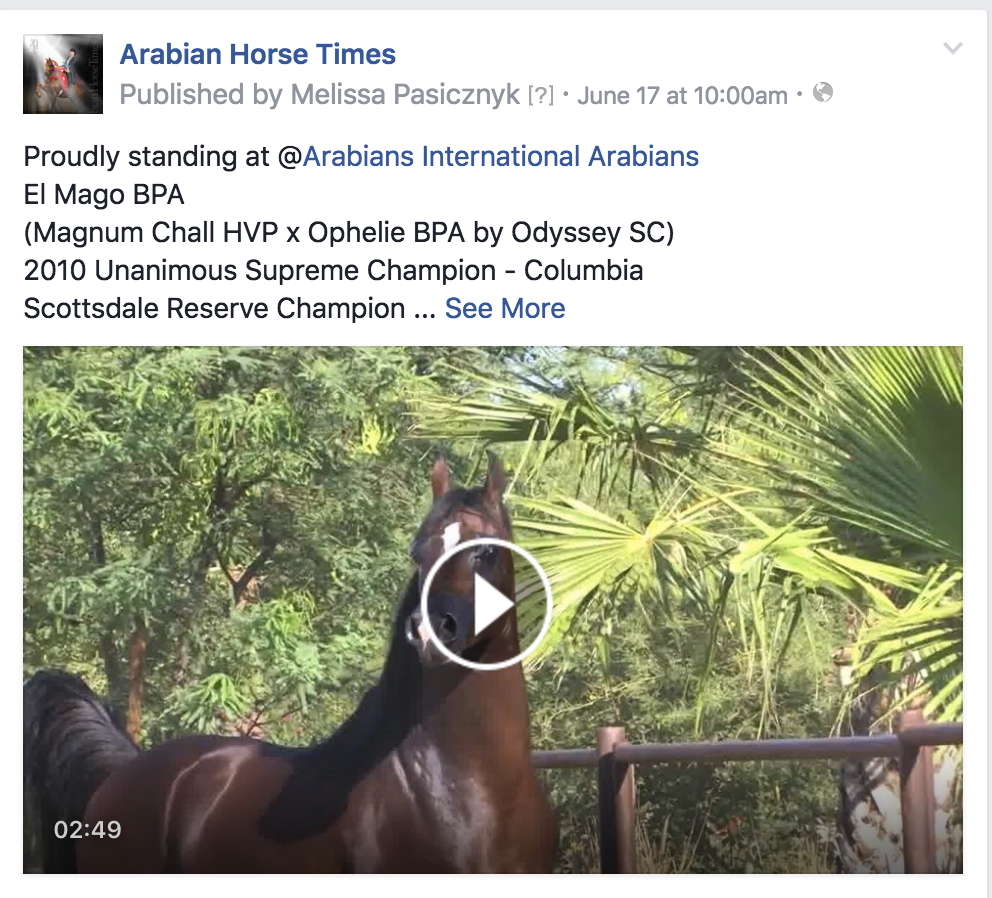 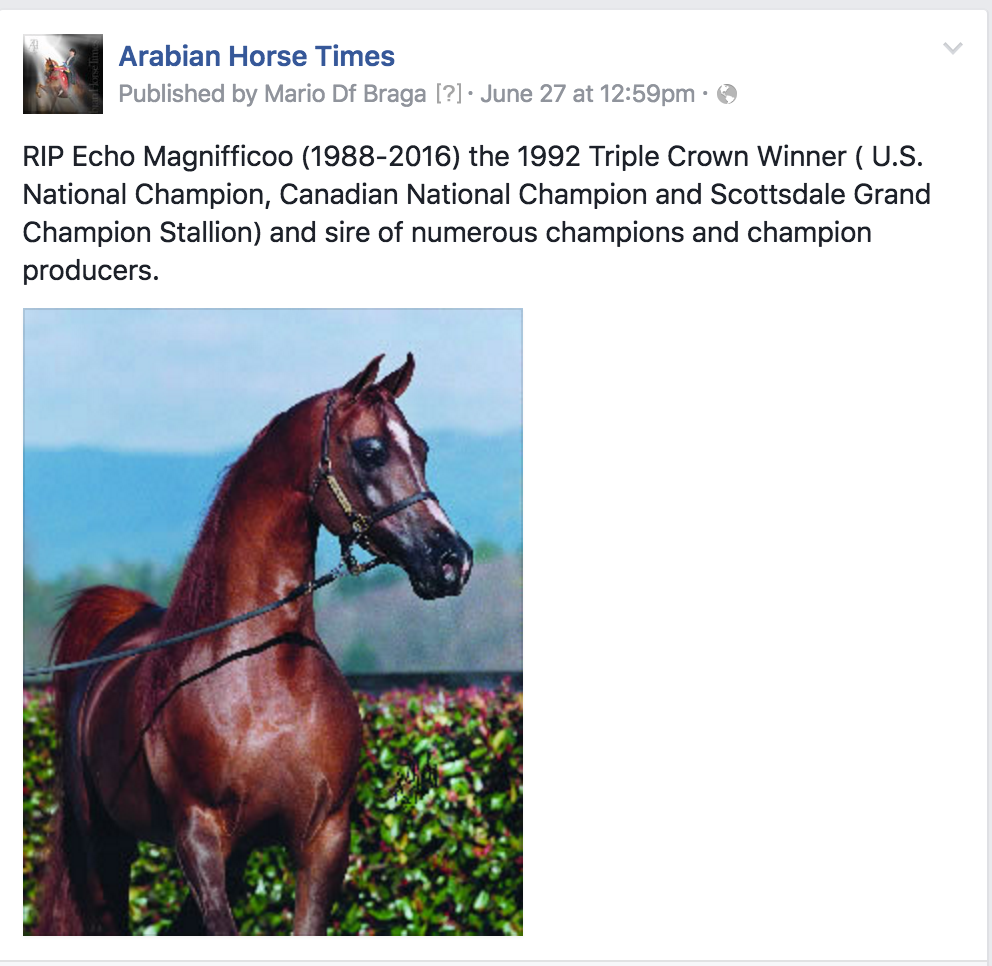 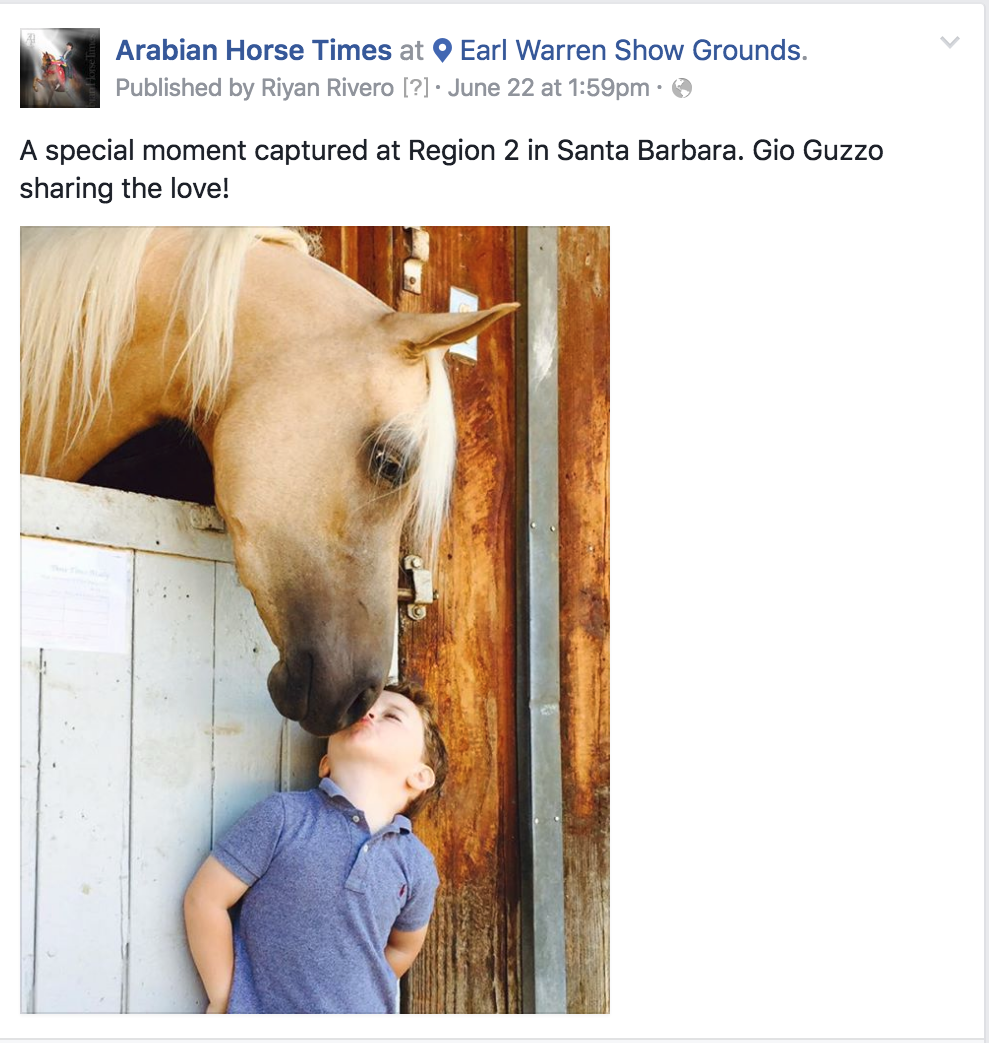 Visit the Arabian Horse Times Facebook page and see what over 1.2 million people are talking about!