Published on the 11th of March 2018 by Susanne Bösche 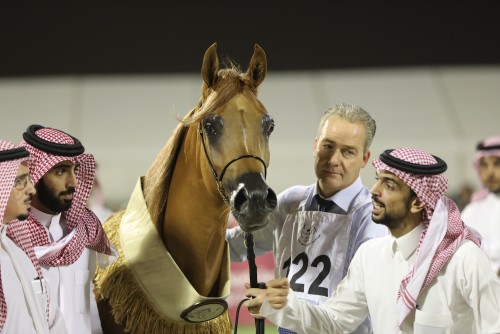 The number five is the most dynamic and energetic of all the single-digit numbers. It is unpredictable, always in motion and constantly in need of change. What kind of change? We don't know it depends on the mission. At an Arabian horse show, most stud farms would prefer to win as many Gold Championships as possible. And so we take our hats off to the team of Al Khalediah Stud who manage to win five out of six Gold Championships at the 9th Saudi Nationals. What an amazing success and mission (nearly) complete.

Al Mohamadiah Stud won another Silver Championship with the Yearling Colts: Mazin AM, by Abha Qatar, was the choice of the judges. Bronze was given to Fahd Al Arab, bred and owned by Al Arab Stud.

Thank you to the organizing team of King Abdulaziz Arabian Horse Center conducted by Mr Loui Al Hashem for arranging everything so elegant and smooth. Arabian Horse Global Network would like to extend our thanks for the excellent collaboration. 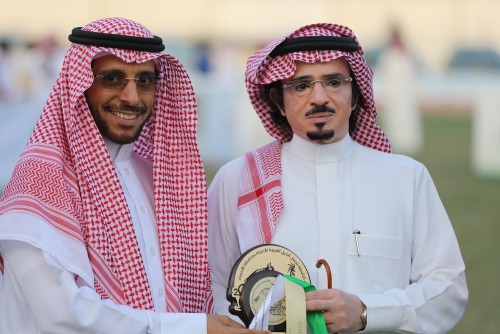 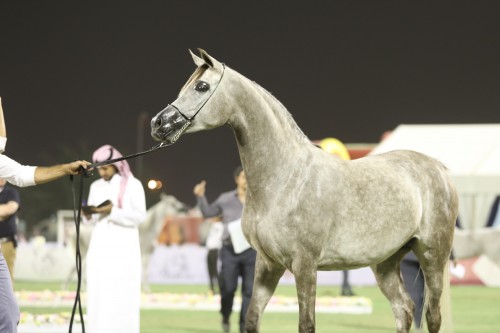 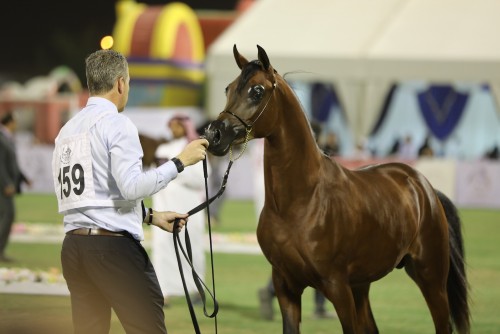 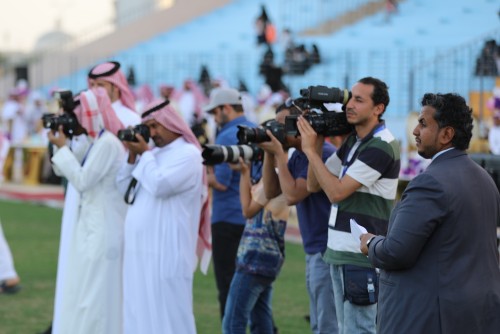