Published on the 22nd of April 2018 by Susanne Bösche 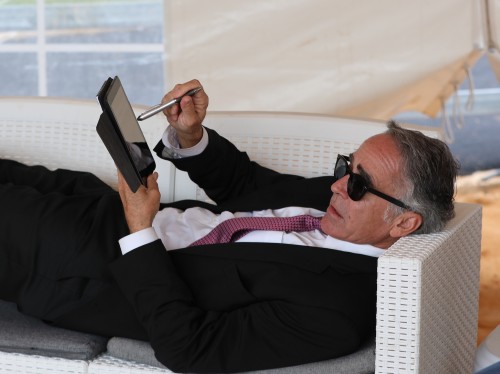 All Nations Cup, World Championship or Las Vegas – Arabian horses bred in Israel perform to great acclaim in show rings worldwide today. Looking into the pedigrees of accomplished multi champions and excellent sires, the global impact of Israeli breeders is obvious. A glimpse into the pedigrees of winning horses at the Israeli Arabian Horse Festival made also clear, breeders in this country use only the very best of globally renowned bloodlines.

The 1stIsraeli Arabian Horse Festival took place at Park Meir at Noam Farm in Rishon Lezion, known as "the wine city". Just a short drive from Rishon Lezion, the farm is a magical, inviting place, which offers an extensive variety of horse activities and many riding and learning possibilities. With its vast green fields, romantic little lakes, a café and a large first-rate covered court for hundreds of spectators it is a perfect place for such a festival. Many activities around the horse show were organized by the Israel Arabian Horse Trust as to lure big audiences. For Arabian horse lovers, a stallion presentation was organized as well as a special presentation by Yiftach Levron, the founder, and manager of Sabra Arabians, Israel's oldest privately-owned pure-bred Arabian stud.

Excellent horses came in front of the international judge's panel with Michael Byatt, Willie Brown, Tracey Austin, and Santi Fornieles. The first championship decision was that for filly foals and the unanimous vote of the judges was for Talin AP (RFI Farid x Taima Jamal AP), bred and owned by Pini Alkobi. Another RFI Farid foal won the championship for the colts: Habeeb Hayatee (x Shakra), bred and owned by Nasser Barhum.

Assad Al Fawaz not only received the high score of all yearling colts but also the Gold Championship. He is a Marwan Al Shaqab son out of Questurat Al Fawaz, bred and owned by Al Fawaz Stud. Silver was given to Syclone (Aja Justified x Brynnabella), bred and owned by Zafrir Magidish, with Hilal Mabruk AA (GT Shradh x Hamidah AA) winning Bronze. Hilal Mabruk AA is bred by Ariela Arabians and Ali Zbidat and proudly owned by Avrham Dosh.

The famous QR Marc son Emerald J not only sired the Gold Champion Junior Filly but also the Gold Champion Senior Stallion: Matteo AH (x JPJ Talai), bred by AH Arabians and owned by Amjad Masrawa and Vivian Ashkar. And a funny aside: like in the Junior Fillies Championship the Silver winning senior stallion Ammer JFD is sired by Solaz J, too. Out of KL Aracelli, Ammer JFD is bred by Magal Arabians and owned by Al Awaeil Arabians. The Bronze winner SF Verify was bred by Patti Scheier, USA, and is owned by Ali Sawed and Al Amer Stud. Marwan Al Shaqab is the sire of SR Verify who is out of Veronica GA.

This two-day event for purebred Arabian horses was showcasing their beauty, noble spirit and worldwide pedigrees. Thank you to the organizing team of the Israeli Arabian Horse Trust for arranging everything so wonderful. Arabian Horse Global Network would like to thank the organizers for their confidence, which they have placed in us. Heartfelt thanks also go to Jill Crols for the excellent collaboration. 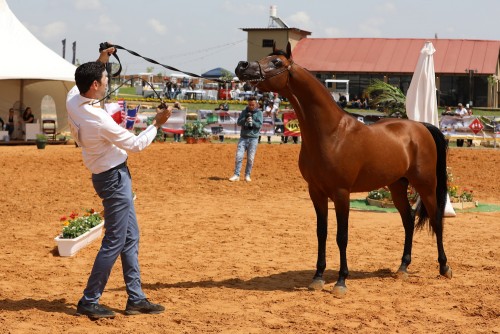 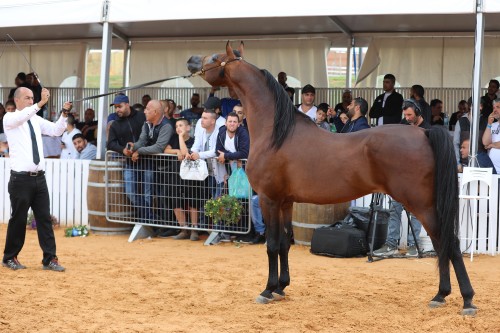 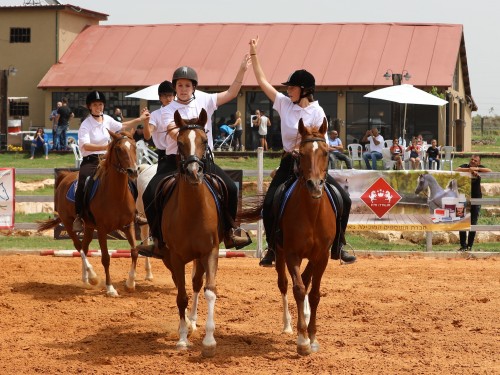 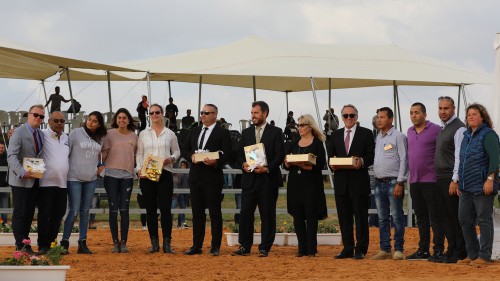