Published on the 20th of January 2017 by Susanne Bösche 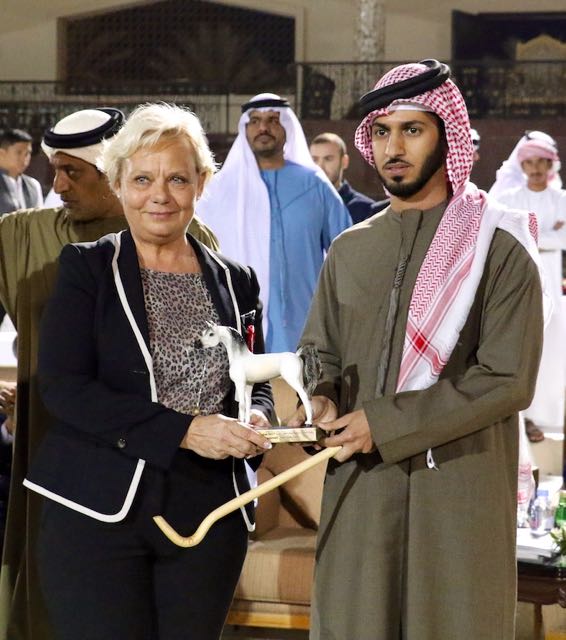 Decisions need to be made, though at Arabian horse shows. After exciting four days there was no chance to enjoy some peace on the fifth day of UAE National Championship. From the first day of the show everybody was already excited for Friday - the championship day, when the judged made his or her top choices.

“The future looks promising for the UAE,” says judge Marianne Tengstedt, Denmark (photo above). “In the general quality you see that the horses had to qualify themselves for this show. Especially the quality of the fillies was very high.” Marianne continues: “I also like the prize money system at this show, which keeps the spirit going. It doesn’t matter if you have placed first or tenth in a class, you receive the same amount of money so there is no need for jealousy.”

Four out of six National Champions are owned by Ajman Stud and what made it even more delightful for HH Sheikh Ammar Bin Humaid Al Nuaimi and his team: Three of the four have been selfbred.

After receiving the high score on day four, AJ Jabran by Kanz Albidayer completed his success by garnering Gold Champion Junior Colts with the Marajj grandson Omear Al Hawajer winning Silver and Bronze for MDS Al Solei by Marajj himself.

The influence of highly appreciated Vervaldee can be found in Ajman Stud’s Gold Senior Champion Stallion AJ Marzan through his sire AJ Portofino. Al Aryam Stud enjoyed the Silver Championship with Al Aryam Baree, who’s sire Al Bilal by Al Maraam is straight Egyptian bred while the dam Al Aryam Balkeas is by Gazal Al Shaqab out of the Russian bred Batala. The Bronze winner S.A. Almoshaher by Al Ayal AA out of FS Cayenne was bred by Ajman Stud, too, but is now owned by Mohammed Sai Ali A. Lemshourab Al Hebsi.

The UAE Nationals were also an opportunity for the breeders to qualify their horses for the Abu Dhabi International Arabian Horse Championship, held from 11. – 15.February – brought to you by ArabianHorseResults.com. 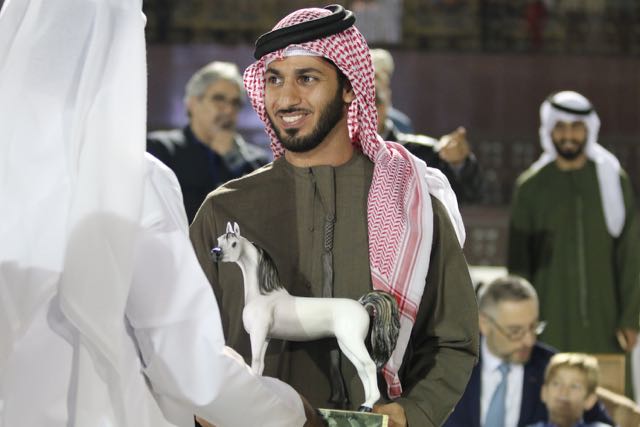 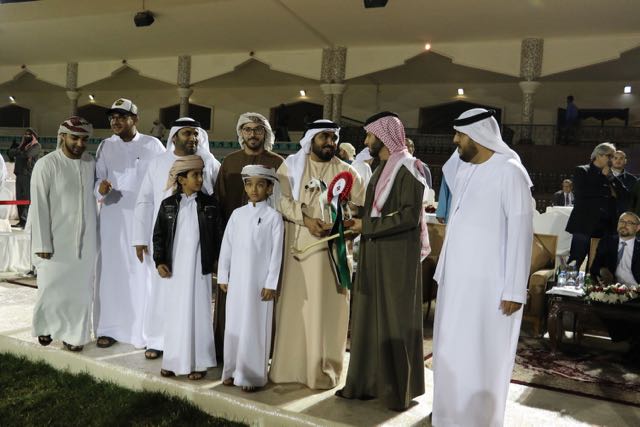 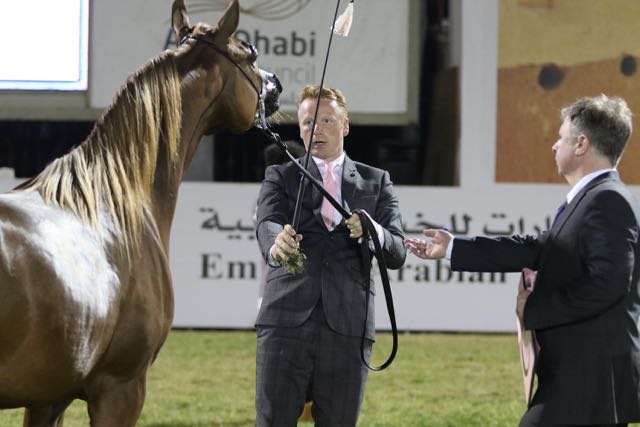