Published on the 24th of January 2018 by Susanne Bösche 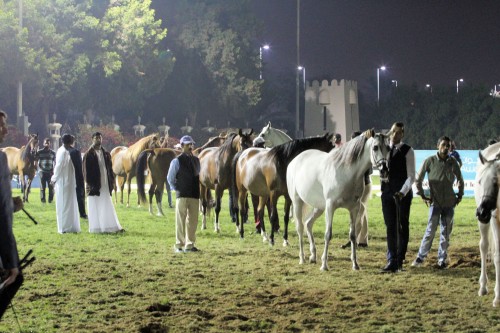 When the judges’ decisions during were announced you have heard people squeaking for joy, others were dazzled by the frenzy of lashing cameras during the championships. Why are National Championships so special? It is not only a validation; it is also a shared experience and a celebration that numerous Arabian horse breeders, owners, and enthusiasts enjoyed at the Abu Dhabi Equestrian Club. The club is not only the home of horse racing in the capital with around 16 race meetings a year. It also opened its doors for the UAE National Championship, which meant amazing six days of shows and around 700 Arabian horses paraded in front of an international judges panel.

Jamal Khamis Abdelrahman Murad Almaazmi is the proud owner and breeder of Gold Champion Yearling Colt Local. The bay Fam Al Khamis is by D Mashary out of D Jareen, by Royal Colours, representing mainly Polish and Russian lines on the female side of his pedigree.

The winner of the Gold Champion Junior Colt Local represents an aristocratic pedigree. Battal Alzobair is a son of two outstanding bays, sired by Marwan Al Shaqab and his dam is the breathtaking Donna Molta Bella SRA. Bred by Al Zobair Stud, the colt is now owned by Al Jazeera Arabian Horse Stud.

An aristocratic pedigree? This is true for Azalea LBA, too, who is not only an amazing Show mare but also a daughter of World Champion and U.S. National Champion Stallion Marwan Al Shaqab and U.S. National Champion Mare Amelia B. Azalea LBA is a beautiful chestnut and the Gold Champion Senior Mare Local suits her just well, much to the delight of her breeder Beverly Halquist, USA, and the owner, Al Saqran Arabian Horse Stud.

It was another bay, which accomplished Gold Champion Senior Stallion Local. The AJ Portofino son AJ Najran, bred by Ajman Stud and owned by Al Tayar Arabian Horse Stud, is out of Nowarat Al Khalediah, by Marwan Al Shaqab.

Last but not least, it was Masroor Albidayer winning Gold Champion Senior Stallion National. Masroor is by AJ Dinar (representing the WH Justice – Padrons Psyche sire line) and out of Mayasah Albidayer, by Marajj, herself a daughter of the amazing producer Mattaharii.

The Senior Mare Championship saw a gorgeous string of pearls. The judges’ cards saw the magnificent bay Gazal Al Shaqab daughter Pistoria first, winning Gold Champion Senior Mare National. Pistoria, out of Palmira, by Monogramm and back to Palestra, is an already accomplished show mare winning prestigious titles in Europe in the past. Bred in Michalow, Poland, this beauty was sold at the 2015 Pride Of Poland Sale to Sheikh Abdulla Bin Mohammed Ali Al Thani. While aforementioned D Reem won Bronze, Silver was awarded to AJ Aryana, bred and owned by Ajman Stud. Another highly elegant bay AJ Portofino get this time out of Straight Egyptian bred MC Alexis, by The Elixier.

Congratulations to all of the competitors and a very sincere thank you to the fantastic support of the organizing team of the Emirates Arabian Horse Society, especially Mr. Essam Abdulla. Arabian Horse Global Network would like to extend our thanks for the excellent collaboration. 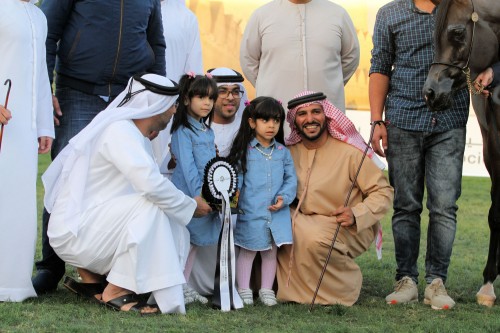 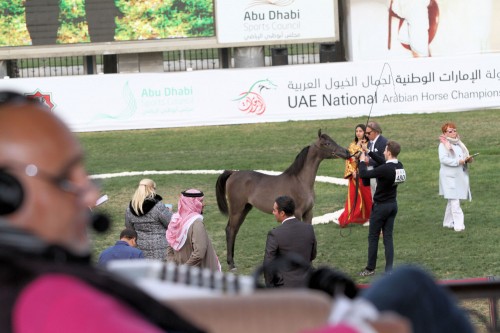 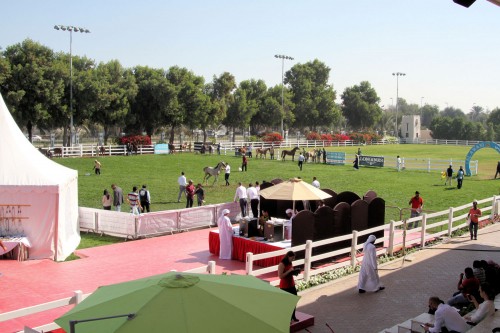